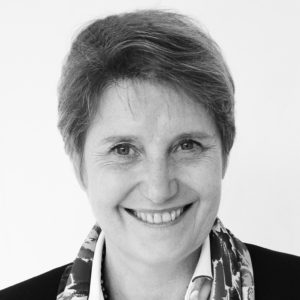 Following the official publication of its statutes, the foundation’s first meeting of the governing council was held on 22 January 2018. It elected the foundation’s President, Gilberte Chambaud, Professor emeritus of chemistry at the Université de Paris-Est Marne-la-Vallée.

Currently a member of the Collège du Hcéres and President of the Société Chimie de France, Gilberte Chambaud was scientific director of the CNRS Institute of Chemistry from 2006 to 2011. Having grown up in Douai, her arrival at the Lille I-SITE was almost predestined: she claims a strong personal attachment to the Hauts-de-France region, and her enthusiasm for supporting development at the local level is genuine.

“I have always found that the metropolis of Lille, with its remarkable geographical location at the crossroads of Europe, deserves to have wider influence”.

After relocating to the Paris region, this renowned chemist collaborated for a number of years with the of Physics of Lasers, Atoms and Molecules (PhLAM) laboratory.

It is no surprise, then, that her involvement with the I-SITE is the fruit of her interest in the region. It is also the result of serendipitous meeting with Fabienne Blaise, Director General of the Foundation, with whom “a ‘connection’ was established on day one”.

I-site: developing the originality of the region

She is of the opinion that the IDEX and I-SITE labels are an essential complement to the policy of regionalisation and autonomy of French universities. In particular, these allocations should serve to enable large French university sites to distinguish themselves from each other by highlighting their originality and developing their strengths.

The scope of I-SITE project already includes several structures of excellence in research (such as LabEx or ITE IFMAS), but also flagship training courses that are unique in France. The I-SITE will therefore contribute to the coherence of the already rich regional landscape of higher education and research, and to the global influence of these structures. There is still a long way to go before the Université Lille Nord-Europe reaches fruition, but the I-SITE label of the Lille site confirms the willingness of its founding members to work together, with strong support from the Lille European Metropolis and the Hauts-de-France region.

This distinguished professor, finally, is convinced that the I-SITE must rapidly be backed by a robust, open and impartial scientific council. It is the foresight of this body that will enable the I-SITE to detect, cultivate and support original projects.