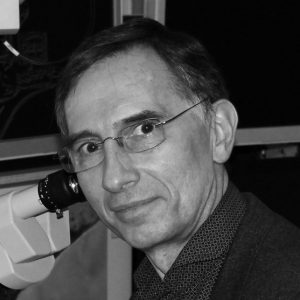 In April, Professor Patrick Cordier of the Materials and Transformations Unit (UMET) was awarded a European Research Council (ERC) Advanced Grant for the second time. Needless to say, it is a rare distinction indeed to be given this prestigious grant, launched only 11 years ago, not once but twice.

Patrick Cordier is professor of physics at the University of Lille. He has spent his career working in the field of geosciences, using the tools and concepts of materials sciences to better understand the earth sciences, and more specifically the deformations of the earth’s mantle and the tectonic movements associated with it.

RheoMan: how to model the viscosity of rocks in the earth’s mantle

Any study of the earth’s mantle presents a veritable experimental challenge for the researcher: the pressure and temperature conditions at such depths are extremely difficult to reproduce in a laboratory. With his first ERC Advanced Grant in 2012, entitled RheoMan, Patrick Cordier set himself the goal of using robust theoretical concepts and powerful computational capabilities to develop a multiscale (atomic to macroscopic) numerical strategy to model the viscosity and deformations of the earth’s mantle. Six years later, and with the support of a large multidisciplinary team (5 PhD students and 3 post-doctoral students), the results of this project are a major contribution to the field. He and his team have most notably highlighted a new microscopic deformation mechanism. He will even recount the RheoMan adventure in a soon-to-be-published book.

‘With an interdisciplinary approach such as this one, we have first and foremost opened up a new way of conducting research in this field that mirrors what is already being done in the nuclear field’

TimeMan: how to integrate time into experimentation

For this second submission to the ERC, Patrick Cordier aims to tackle a recurring problem in the study of earth deformations that take place on a geological scale: time. The objective is to intrinsically integrate temporal data into the calculations, and to avoid having to extrapolate results, which are the source of many approximations. In the TimeMan project, which has just received ERC support, Patrick combines digital techniques with microscopic experiments. The nanometric scale enables him to observe dislocations of crystals in electron microscopy on human time scales. The transposition of these to the macroscopic scale is done on a geological time scale.

When it comes to the ERC and to his own twofold success, Patrick Cordier explains how important it is for researchers to maintain a scientific course in their career and to resist the effects of passing trends. ‘It is crucial to propose an original project, one that breaks with the typical subjects of investigation,’ he adds, ‘but it is especially important to prove to the jury that the objectives set are attainable.’