The I-SITE ULNE project is run by a foundation which allows all members of the consortium, each of which is a founding member, to participate equally in the realisation of this ambitious project.

The governance of the project is committed to bringing expertise, agility and efficiency to the effective collaboration of all the founding members mobilised behind a common ambition.

Professor Emeritus of chemistry at the Université de Marne-la-Vallée, member of the Collège du Hcéres, President of the Société chimique de France, scientific director of the Institut de Chimie at the CNRS (2006-2011)

President of the University of Lille 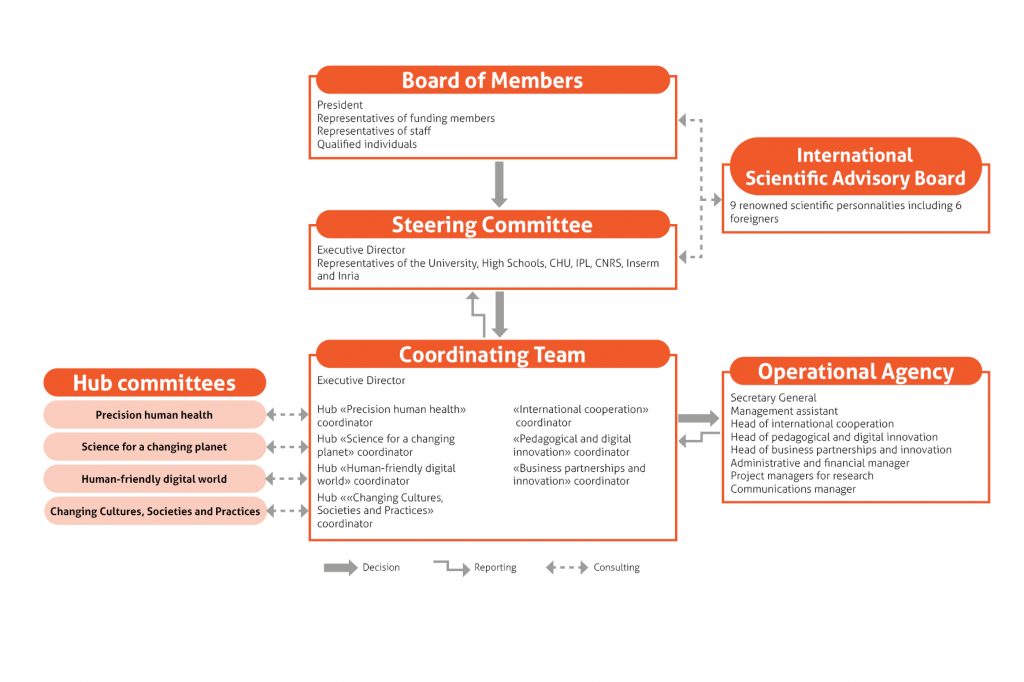