>  From territory to transitions

Our societies are facing a turning point on a technological, economic, health, social and environmental level. These issues are particularly significant in our Region, an area of economic, social and ecological transition on a par with its important industrial and mining past. The Rev3 project, supported by all the institutional, academic and economic players of the Region, is the striking symbol of this. All these upheavals question not only our knowledge and its practical applications, but also our ability to transmit them, by highlighting their complexity.On the basis of this regional diagnosis, the public players in charge of higher education and research in the metropolitan area have their full part to play in responding to these challenges, whether through the penetration of new understanding in the sphere of education, participation in the public debate and the clarification of public policies, or by contributing to the life of the city, wheher institutional or not, by developing socio-economic outlets for the products of their research or by setting up concrete demonstrators of innovative organisations, including on its campuses.This justifies the fact that the Lille Nord-Europe Initiative of Excellence, the I-SITE label awarded to the Lille site in February 2017, has chosen to promote “A university for global transition”. The project takes an integrated approach to all the dimensions of this complex issue, with the aim of becoming one of the European universities of excellence in 2030, while at the same time building an identity linked to its history and territory. The EPE (Etablissement Public Expérimental “Université de Lille”), which is due to come into being on 1 January 2022, therefore intends to be fully involved in this turning point, by putting its profound organisational transformation at the service of a better understanding of the global nature of this phase of systemic tansition initiated at the European level, which is being accelerated in the context of the health crisis we are currently experiencing. This ambition should lead to the generation of courses of action to reinvent progress, using the metropolitan and regional ecosystem as a laboratory for observation and experimentation. 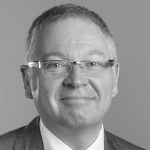 The magazine Transition(s) aims to put into perspective the emblematic actions of the Lille Nord-Europe initiative of excellence which justify the construction of a future Public Experimental Establishment (EPE).