>  I-SITE, a label of excellence 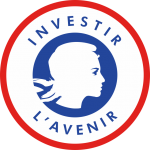 Under the auspices of the General Secretariat for Investment (Secrétariat Général pour l’Investissement), the Investments for the Future Programme* (Programme Investissements d’Avenir* or PIA) was first launched in 2010 (PIA 1), then again in 2013 (PIA 2). It follows the French national Loans Scheme (Grand Emprunt) report submitted in 2009 by a commission of experts from the academic and business world. This programme represents a unique opportunity, with the projects selected benefiting from resources enabling them to implement a policy of excellence over the long term, develop interactions with their economic environment and attract teams of internationally renowned researchers.

The aim of the IDEX/I-SITE Investments for the Future Programme action is to select:

Since 2010, the National Research Agency (ANR) has been the State’s main operator on the higher education and research side of Investments for the Future.

Labelled I-SITE in February 2017, the Université Lille Nord-Europe (ULNE) project brings together 14 founding members with the aim of transforming the research and academic landscape in the Hauts-de-France region by strengthening and disseminating its excellence. Its goal is to create a major international university, ranked among the top 50 universities in Europe within 10 years.
The project is structured around three interconnected research themes – Health, Planet and Digital World – covering a broad disciplinary spectrum. Internationalisation, pedagogical innovation and valorisation are among the project’s highest priorities.
The perimeter of the I-SITE includes other entities labelled by the PIA: 4 Laboratories of Excellence, 6 Facilities of Excellence, 1 ITE, 1 IDEFI, 1RHU and 1 SAAT.
> The consortium (founding members of the project)
> Partners in the project

With a budget of 57 billion euros, the Investments for the Future Programme (Programme Investissements d’Avenir or PIA), managed by the General Secretariat for Investment (Secrétariat Général pour l’Investissement), was set up by the State to finance innovative and promising investments in the region. Six national priorities have been identified to enable France to increase its growth and employment potential:

Discover more about the Future Investments for the Future Programme http://www.gouvernement.fr/investissements-d-avenir-cgi